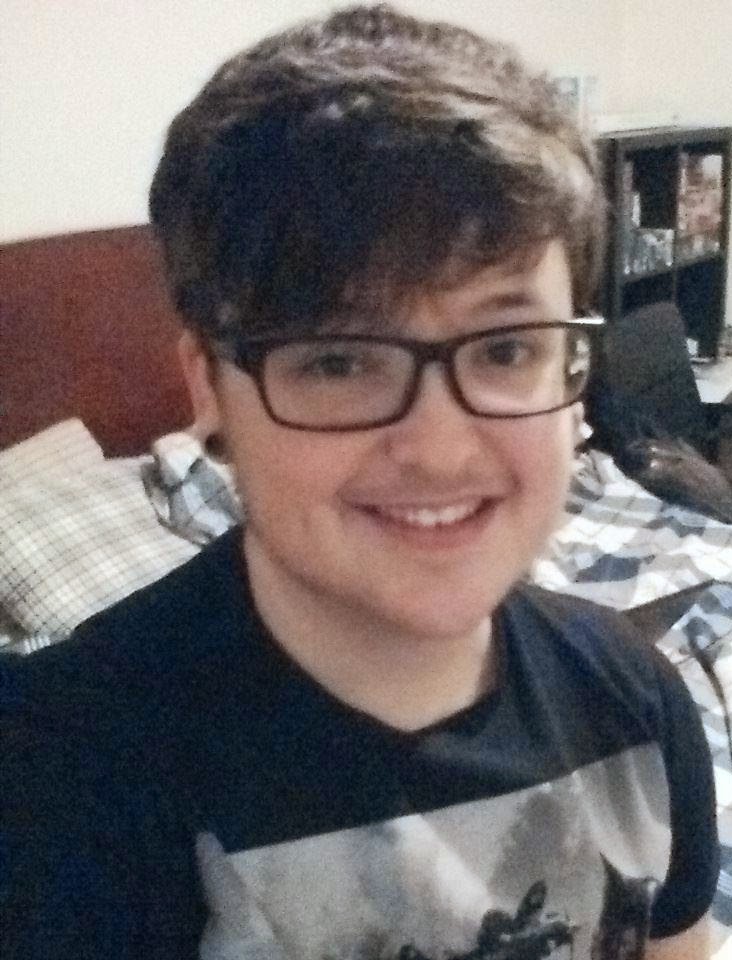 The P.E.I. Provincial Government Made a Recent Decision to Fund Three Procedures for Gender Reassignment Surgeries

Ash Arsenault and other advocates from the trans community met with P.E.I. Health Minister Doug Currie last spring to voice their concerns about a lack of medical procedures available to trans individuals across the province. Following the meeting, Health Minister Doug Currie was inspired to take action. According to a recent article published by the CBC, Currie stated: “[Ash has] shown incredible courage and leadership and elevated the conversation."


CAS caught up with Ash on February 17th to talk to him about how the new legislation affects trans individuals living in P.E.I., and to hear about his own personal journey of transitioning from Ashley to Ash.

CAS: Tell us a little bit about yourself, and your journey of transition.

Ash: I started going to a therapist in my final year of my undergrad at the University of Prince Edward Island, and this was something I was trying to muster the courage to do. In October, I went and started seeing my therapist, who wrote me a letter within a few months to refer me to an endo. I then started hormones in April of last year, and then I booked my surgery over the summer. That’s where I’m at now. I’ve been on hormones for 10 months, and my surgery is only in three months – it’s kind of exciting! It’s coming up fast.

CAS: It sounds like the logistics behind your decision have been all worked out now! Can you tell me a little bit more about where that decision initially stemmed from?

Ash: The Internet had a big play in it, because I really had no idea what it [the trans movement] was as I was growing up. I was always very much of a tomboy that’s how my mom would have referred to me. I was always just very, very boyish, and I always wore boys’ clothes. I hated hated wearing dresses. They were so uncomfortable, and they were bringing me to tears – I didn’t want to wear them, I didn’t want to wear makeup or anything like that, because the idea of it made me so uncomfortable. I always was very much a tomboy – all of my friends growing up as kids that I hung out with were little boys, and we just seemed to have more in common. I always kind of thought I was a tomboy, and I just thought that was normal, and I thought that everyone had insecurities. Even when I was really young I actually suffered from selective mutism. I didn’t like people noticing me, or listening to my voice – I tried to hide. I was very shy, and I didn’t talk. I thought that was very normal that I was just really shy, and I’m a tomboy. I didn’t really think anything of it, but then when I got older, maybe I was around 18 or 19 or so, that’s when I figured out what it was to be trans. I figured out for the first time that this was a real thing, and that it was okay to be trans.

I don’t even remember how I stumbled across it, but I was on the Internet and I discovered blogs from other people on YouTube, and I identified a lot. I was kind of hesitant at first, - but I couldn’t stop watching - and that’s when I knew that something was amiss, and I knew there was some reason I was drawn to it. I could really relate. I decided this was something I really wanted to explore, and I needed to explore. I became more and more firm in my convictions. So, I went from there. I bit the bullet, and booked a meeting with my counselor at the University of P.E.I. At that point, I hadn’t even come out to any of my family or anyone else yet, and I went in and started talking to that counselor before anybody even knew.

CAS: That must have been a tough decision to make, but it is so inspiring to hear!

CAS: Let’s talk a little bit about the recent decision made by the provincial P.E.I. government. As you know, the province will now cover three procedures for gender reassignment surgery, including mastectomies, hysterectomies and orchiectomies. What does this decision mean to you and the trans community?

Ash: I think it’s huge. Especially coming from a tiny, little place like P.E.I. It had a reputation of being a little bit backwards or behind in the times. Generally, I think that the trans community in P.E.I.. shies away a little bit, and a lot of people think that they need to move to a big city in order to find a community that supports them. I think that even though this is a tiny, one small step, it serves as a reminder that progress is being made everywhere, P.E.I. included. It might dissuade people from thinking that they absolutely have to move off the Island to find the support that they need, because we are making progress, and things will probably get better still in P.E.I. Just the fact that the Minister wanted to help, and he saw value in us is kind of a big thing on its own, just knowing that we have his support; never mind the financial support, but also the moral support and the respect that he has for us is very important too.

CAS: You mentioned this is a “small step,” and in some ways this is also a victory for the trans community. In your opinion, what else could the health care system do to improve health care for people who are trans?

Ash: There’s definitely more procedures that could be funded. I know that is way easier said then done obviously. What they are providing right now is optimal, and it’s way more than I ever expected. Hopefully, in the future, they would think of offering even more stuff. Probably it would be hard to offer certain procedures on P.E.I., but maybe, they eventually would offer a portion of the funding to go off Island. For example, right now, they only offer a simple mastectomy, which not many people would probably go after. A lot of people find value in the reconstruction part, so that would be nice to see be funded, at least partially, and other procedures too. Maybe in the future they’ll start incorporating things like that if they find out that these things are being asked for, and once they figure it out what the logistics are, and determine whether or not, they are doable on the Island or not.

CAS: Stigma and discrimination are unfortunately still very real and sad realities for the trans communities across the country. In your opinion, what needs to be done to break down some of these barriers, and promote more acceptance?

Ash: Maybe just a little bit of exposure to start off with. I definitely understand coming from P.E.I. that you don’t get a whole lot of exposure to this sort of thing. It’s very small place, and everybody knows one another. You don’t necessarily get exposed to whole lot of diversity. It would be nice to have more exposure in the media, which I know is a big, global issue, not really something P.E.I. can really target, but definitely more exposure, and possibly some sort of training might be beneficial. I know it’s a lot of work to put in, but it would have a big payoff if they [health care professionals] were trained in how to deal with trans patients, and gain a deeper understanding of what their needs are.

CAS: During several interviews, you mentioned that you had a very supportive family. We were wondering if you could elaborate on how your family influenced your journey?

Ash: It’s definitely gone huge and long way. I can’t even imagine how things would of turned out if they haven’t been supportive. It put me at ease. I don’t think I would have nearly as much confidence or a sense of security if they haven’t. My mom has been a huge supporter, and she’s been so helpful, and she played a huge part in this as well in getting the province to change their legislation. She’s been in meeting with me, and kept in contact with them. She’s been a true advocate, which kind of blew me out of the water, because I didn’t expect her to go out of her way to be an advocate. I hoped she would be okay with it, and I thought she would be understanding and accepting, but she really went above and beyond, and she become an advocate for me – it blew me away! And my brother as well has been rolling with the punches, and has really impressed me that way as well. It’s a huge asset to have those people behind you, because otherwise it’s hard to have confidence to go through with it if you know that everybody who is closest to you is not really on board. I think it makes the whole process so much easier. I definitely think this is a huge and important thing, and I feel so bad that not everybody has that. I think that’s one of the reasons why the suicide rates are so high in the trans community, and a huge part of that, is just not having the understanding, acceptance and validation from people around us.

CAS: On that note, what advice would you give to someone who doesn’t have that support system?

Ash: That a tough one. I guess if you can’t find support close to you, then I would encourage those people to look elsewhere, and seek it out, because I think it’s hugely important. It would be really tough to go on without any form of support. I would probably just encourage people to seek it out, even online if necessary. I know it’s not the same as having your close family behind you, but there is definitely a lot of people out there, who would offer support, so look among your friends and even within online support groups. There is always going to be somebody who will validate you, and I think that it is really important to find someone who will validate your feelings, and put you at ease, and will relate to you. Seek out some sort of support and power through it, and if necessary, just be your own role model. Just do whatever you have to do to just keep going.

CAS: That’s good advice! Thank you so much for taking the time to talk to us and share your story. It’s definitely inspirational, and we are honoured to have had this chance to talk to you.

Ash: Thanks so much. It’s my pleasure!