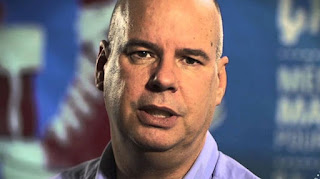 In Canada, when we speak of HIV, we cannot simply reject all the work and the history of the Canadian AIDS Society (CAS). This organization operates from coast to coast and represents some 88 member organizations. But years of underfunding from federal and provincial levels have reduced the capabilities of both the member organizations and the Canadian AIDS Society itself. Yet great challenges lie ahead for CAS just as it seems to be at a crossroads. To tell us more about these challenges and changes, we spoke with its new Executive Director, Gary Lacasse, who until recently was the ED of Maison Plein Cœur in Montreal.

Gary Lacasse, who for eight years held various positions at Maison Plein Cœur, had been initially contacted by Fugues magazine as Chair of the CAS Board of Directors. But moments into the interview, he announced that he was leaving his position at Maison Plein Cœur, and as Chair of the CAS Board of Directors, because he had just been appointed as CAS Executive Director as of November 2. Regardless of the title or his position, his own concerns and views facing the many challenges of the future remain the same.

"My main goals remain the same, says Gary Lacasse. With the decrease in revenues of past years, we need to review the mandate of the Society and we must refocus CAS activities. To this end, we did have a strategic plan to expand our focus towards hepatitis C and other STBBIs (sexually transmitted or transmitted through the blood). However, some members of the Ontario region rejected that proposal and did not agree with the strategy. We had to review our positions accordingly and present a new strategy based on the global sexual health concerns that included HIV and co-infection with other STBBIs. The reason for this is quite simple: HIV remains fairly stable in terms of new infections while diseases like chlamydia, syphilis or gonorrhea, for example, have experienced a meteoric rise. One must take these facts into account and build corresponding toolkits that would include such things as testing, condoms, PrEP (pre-exposure prophylaxis), etc. CAS established new markers designed to appeal as much to people living with HIV (PLHIV) as to various community organizations. "

So there is definitely a lot of work ahead for Gary Lacasse and this, from his first days of taking office. "On November 30 we will have our annual gala fundraising event: these funds empower us to work on our projects that are not subsidized. This is an important time of year for CAS. We will also be on Parliament Hill on December 1 to distribute red ribbons to MPs and ministers, provided the House of Commons sits, of course."

For example, programs and related documentation aimed at youth, older adults living with HIV or medical use of cannabis are derived from fundraising that is not included in public subsidies as these have diminished over the years and especially under the Conservative government.

While the AIDS Walk in Montreal is sponsored by the Farha Foundation, in the rest of Canada these events fall under the mandate of the Canadian AIDS Society. "Here again, there is a need for renewal, as we aim to reposition and revitalize these events," said Lacasse.

On the deferral policy for blood donations, at the beginning of November the Netherlands announced that health authorities removed all restrictions regarding donations from gay and bisexual men. "This is good news indeed, says Gary Lacasse. It remains painstaking work by CAS to convince stakeholders in this country to adopt similar measures. We must remain realistic. Nowadays who has not had sex in the last five years? Again, Canadian health authorities lag behind some of the key scientific findings and HIV detection tests that have been developed over the years. Clearly we must move forward on these issues."
"With the new Trudeau government, in order to adequately meet the needs of PLHIV, we will be able to talk about real issues … no longer in the veiled manner that was all too often necessary when dealing with the previous government of Stephen Harper. We are already very pleased at CAS with the openness expressed by our new Prime Minister during the election campaign. My job will be to establish and maintain contacts with the new Minister of Health in Ottawa and devise innovative ways to work together," emphasized Mr. Lacasse.

"We should never forget our on-going commitment towards people living with HIV, he stressed. Even if we find a cure one day, either through a vaccine or other means that will eradicate HIV – we must prepare for it. We cannot disregard 30 years of side effects using ARV’s and the related complications regarding long term use of these drugs. There will be no “magic bullet” or “magic needle!” So, even if we managed to find a cure for HIV – and this is certainly desirable – we must be prepared to meet the real needs of these people."

Surrounding December 1st World AIDS Day, CAS is launching a national awareness campaign. The goal of the campaign in 2015 is to reach the 25% of people who are not aware of their HIV positive status. "This campaign will be a little more raw and less subtle than usual – because we must grab people’s attention, says Mr. Lacasse. This is the result of a joint effort by CAS and its advisory group, a creative agency and Health Canada."

"We are not hiding our heads in the sand – in recent years CAS has suffered from a certain lack of interest among key stakeholders. So if I can make my contribution and re-energize the organization … why not? This is why I accepted its leadership role. Frankly, I would not have set foot at CAS if I did not have confidence that we can change things," concluded Gary Lacasse.

Click here for the French interview in Fugues magazine

Posted by Canadian AIDS Society at 6:51 AM